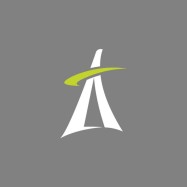 Pinterest for Men – no I’m not talking about a potent cologne that male models would wear while sashaying down the runway. I’m talking about the social media platform that has taken over many women’s lives and is starting to intrigue men.

The first time I saw the word “Pinterest,” I pronounced it incorrectly (I pronounced it pin-ter-est). After learning what it was and the proper way to use it, I considered it an ideal digital scrapbook solution that would be mostly used by women. As a guy in 2010, I used common platforms such as Facebook and Twitter. Pinterest was of no interest to me; I never saw myself following someone’s “sultry summer fashion” board!

Fast forward to 2013, my fingers grudgingly filled out the sign-up form for the female-dominated social media platform because of a recommendation for finding a holiday gift for my girlfriend. This suggestion worked like a charm, and I haven’t turned my back on the bulletin board-based website. However, my use hasn’t gone much past that.

So what else could men be using Pinterest for, except for the occasional gift idea for that special someone?

A study conducted by The Social Habit gathered information to get to the bottom of this. The research showed that if you go on a woman’s Pinterest board you will find numerous pins of clothing, gift ideas, delicious recipes, and beautiful locations, most of which that specific woman wants to have, wants to make, or wants to visit. In other words, women tend to use Pinterest as a wish list (This could have been useful knowledge to me back in 2010!). Their pins can also be used to give them ideas for parties, outfits, crafts, etc.

What’s the difference when it comes to Pinterest for men? Men have a more literal use of the platform. They use it to share the things they already have, or they bookmark the things they want to buy later on. Men don’t go looking for different ways to match types of clothing; they are going to Pinterest to make purchases.

What Does This Mean for Brands?

When it comes to marketing, Pinterest for men should become apart of a brand’s social media strategy. Since men are mostly on Pinterest to make possible purchases, brands need to concentrate their Pinterest strategies on producing more content directed at men. This way, they have simple access to the products they want and can bookmark those products for a later purchase. Also, brands should amp up their Pinterest content around the holidays, such as Christmas and Valentine’s Day, to help those male users find the right present for their significant other.

At the same time, brands need to start convincing even more men to join Pinterest. If men are collecting items they want to purchase in the near future on Pinterest, it would be beneficial for brands to close those sales with the male demographic on this social media site.

Do you use Pinterest in your social media marketing plan? How are you appealing to the growing male audience? Let us know in the comments!