What It Really Means to Rebrand Your Business 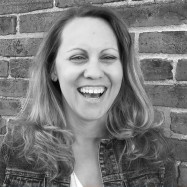 Rebranding your business needs to stand for something more than a name change or shiny new logo.  Although a new visual identity is the first thing your users will notice, there needs to be some substance behind it.

Your new brand needs to be reflected in all user experiences, from your front-line employees to your website, and any printed materials. In every interaction with your business, your audience should be presented with the same brand visuals, core messaging, and, hopefully, will be left with the same good feeling and impression.

Reasons to Rebrand your Business

A rebrand will have more opportunities for success when it is done for a true business reason and not simply because you *think* it’s probably time. Here are several scenarios, that have a true economic impact, where you should consider rebranding your business.

To ensure that you’re rebranding your business for all the right reasons, answer these 19 questions before you start.

When you rebrand your business, no matter how small-scale the changes may seem, there will no doubt be some serious audience scrutiny and, with the immense power of social media, popular opinion can quickly make or break your efforts.

Old Spice was a 70-year-old brand that most of us probably recognized from our grandpa’s bathroom vanity.  But in 2010, the brand got its swagger back when it rebranded itself in two ways. They began reaching out to women (who are reported to buy 60% of men’s body wash) and taking a chance on a younger audience that was Axe-obsessed by creating a series of, shall we say, quirky videos and going all-in with their social media game with their “Smell Like a Man, Man” campaign.

Not only did sales of Old Spice Body Wash grow 11% in 2010, but they also gained 105 million YouTube views, a 2,700% increase in Twitter followers, an 800% increase in Facebook interaction, and a 300% increase in traffic to their website.

In February 2014, CVS pharmacies made a pledge to stop selling tobacco products in their 7,700 stores nationwide, a move that had the potential to cut $2 billion from their annual revenue.  By September 2014, they beat their internal deadline to be tobacco-free in all stores by October.

To further demonstrate their dedication to a health focus, they also rolled out a new corporate name change, from CVS Caremark to CVS Health, and revamped store layouts to give prime real estate space to health food lines.  By the end of fourth-quarter 2015, CVS saw net revenues increase 12.9%.

They’ve continued their smoke-free efforts into 2016 when they announced a $50-million, five-year commitment to helping to raise the first tobacco-free generation of Americans.

… And When Rebranding Goes Bad

The streaming media giant has had an awful lot of missteps over its lifespan, so they’re lucky that House of Cards and Orange Is the New Black is so addicting!  In 2001, they made the move to divide their online streaming and DVD rental businesses into two separate companies, Netflix and Qwickster, complete with separate websites, separate billing, and separate review/rating systems.

Making the change an even greater inconvenience to their users, they tacked on a 60% price hike. They lost 800,000 subscribers before moving everything back under the Netflix umbrella. Crisis (somewhat) averted, Netflix went on to make waves again with a logo change in 2014.  Like many brands, they jumped onto the flat design trend and social media users far and wide deemed it as terribly underwhelming.  And because it rolled out so slowly, for example, on video trailers but not printed materials, it raised questions for quite some time.

In 2016, they excited the masses yet again when they introduced a new social media icon- not a new logo, they want you to know!  Perhaps they are simply using social media as a testing ground this time around.

Past branding efforts positioned GAP as the retailer of “effortlessly cool” clothing for Generation X.  They were riding high on the popularity of their swing dancing TV commercials and print campaigns featuring A-list celebrities.  But they’ve floundered in reaching the Millennial generation, which at nearly 85 million people is more than double the size of Gen X.

In 2015 they announced they would be closing 175 stores and cutting 250 corporate jobs. But beyond their challenges with capturing a younger audience, GAP also holds the honor of one of the least successful logo changes in history.  In 2010, they changed their strong and classic logo to something they felt was more contemporary.

Social media users did what they do best, dissecting the new logo and creating a public outcry that was so great that just six days later, the company announced they would stick with their current logo.

Did your business get rebranding right? Share your success story! We’ll also accept other examples of businesses whose rebranding went wrong.

Rebranding Checklist: How to Successfully Rebrand Your Company